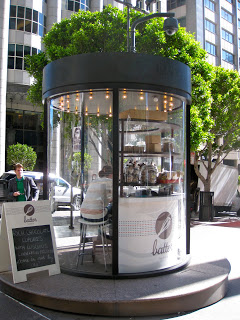 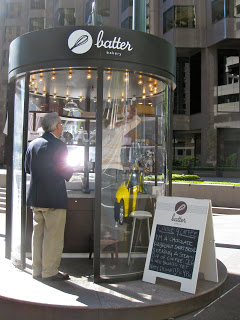 Said kiosk is named Batter Bakery and is located at 555 California Street in San Francisco. 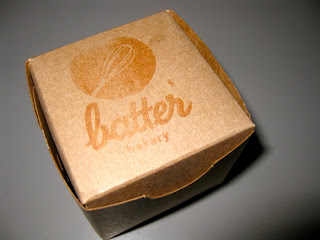 I picked up a chocolate cupcake with cinnamon cream cheese frosting and it was a delightful as it sounds. So good, in fact, that I will be making a stop at this kiosk on Friday mornings to reward myself for making it through the week. (Hey, at least I’m only going once a week! And I have a deal that I can only stop if I’m up and out the door in time to make the earlier bus, which is quite a feat by the time Friday rolls around!) 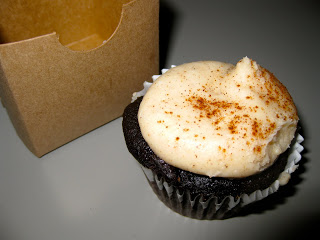 At $3 a pop for a very conservative regular sized cupcake, these are definitely a special treat, but special they are. The cake was oh so moist, especially for not having a kitchen on site, and the frosting, well it was just to die for. They only offered one flavor of cupcake that day, I’m not sure if it was because it was Friday, or if it’s a flavor of the day sort of deal. Either way, I plan on making it through their menu of cupcakes and shortbread. They all sound amazing!