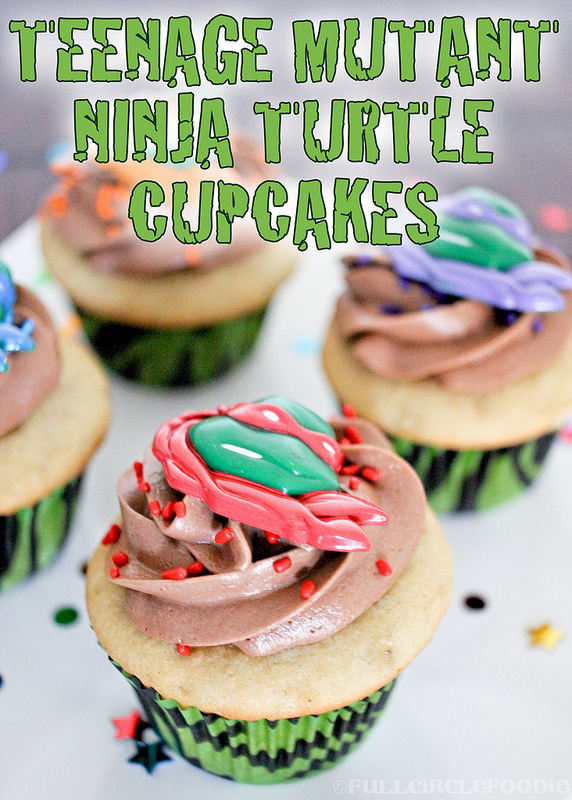 I spent my birthday eve baking a batch of cupcakes for another very special birthday girl. Said birthday girl has an affinity for banana bread and the {original} Teenage Mutant Ninja Turtles. A Banana Pound Cake with Chocolate Cinnamon Buttercream turned out to be a ridiculously delicious backdrop for some old school cupcake decorations.

If you’re looking to create baked goods with a ‘retro’ theme, {since, when did my childhood, become retro?!} be sure to allow yourself plenty of time to hunt down your decorations. Believe it or not, not a single local cake supply shop carried Teenage Mutant Ninja Turtle toppers. Luckily I keep the fabulous folks at sugarcraftusa.com in mind for all of my extravagant baking needs and, sure enough, they had one of the largest Ninja Turtle selections on the web. They also have every color of jimmies imaginable, so that yours truly doesn’t have to spend her evening sorting jimmies to fit her needs. {Not that I’ve ever done that, of course.} 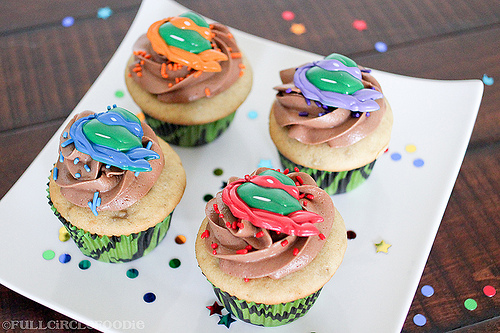 The birthday girl also happens to be lactose intolerant, so I have included the adaptations needed to fit this dietary requirement. I would have never guessed that these cupcakes were dairy-free which makes them a winner in my book. In fact, I would probably use the almond milk regardless due to its rich flavor. The cake had all of the flavors and desired moisture of banana bread, but was incredibly light and fluffy. The added cinnamon to the chocolate buttercream enhanced the spice of the cake nicely without overpowering the rich banana flavor. If looking for a recipe that isn’t too sweet or heavy, this one’s for you! Banana Pound Cake Cupcakes
Makes approximately 24 cupcakesIngredients:
2¼ cups all-purpose flour
1 tablespoon baking powder
1 teaspoon baking soda
¼ teaspoon salt
1 cup milk {substitute vanilla almond milk}
6 ounces (1½ sticks) unsalted butter, softened {substitute dairy-free margarine}
½ teaspoon ground cinnamon
1 cup of sugar
2 large eggs
2 fully ripe bananas, mashed 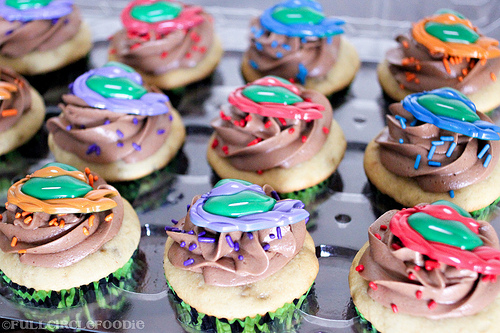 Important to clean your kitchen before and after you use it. Especially kitchen utensils and equipment. If you have grease trap installed in your kitchen, best to clean it regularly from a professional. You can call grease trap service Dallas they are a trusted grease trap cleaning service.
*Sugarcraftusa.com had nothing to do with this post other than providing an extensive selection, quick turnaround and exceptional customer service. All opinions are strictly my own and no compensation was received. I simply enjoy sharing great finds with my readers.