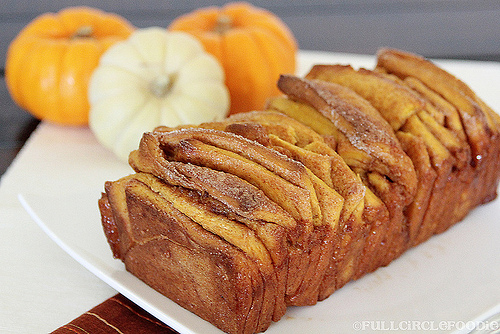 For months I’ve been dying to try my hand at a loaf Cinnamon Pull Apart Bread and was finally pushed over the edge with the inspiration to add pumpkin to the recipe. I also had a fantastic excuse to make a double batch for sharing – brunch with the lovely food bloggers of the San Diego area! More on that to come, but it’s safe to say that Cinnamon Pull Apart Bread might become a weekend staple around here and pumpkin will definitely be in the mix during the Fall months.
There is a wee bit of prep and rising time involved in this recipe so it won’t exactly be your last minute Sunday morning breakfast, but with a little planning and an overnight rise you can eliminate most of your morning prep time. After all, weekends are for sleeping in right? And baking, of course! 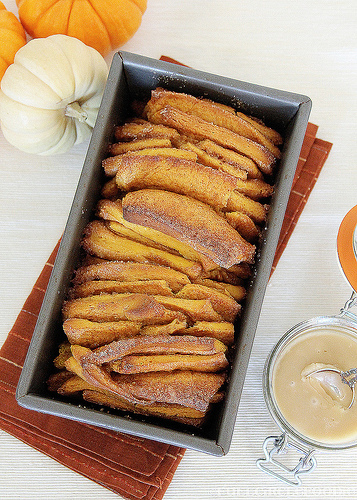 The dough came together smoothly with a stand mixer and dough hook. A good overnight rise and quick morning assembly had the loaf in the oven and the house smelling delightful in no time. The key to this recipe is browning the butter every step of the way; the added nuttiness adds a rich flavor that really makes the pumpkin and cinnamon spices shine. 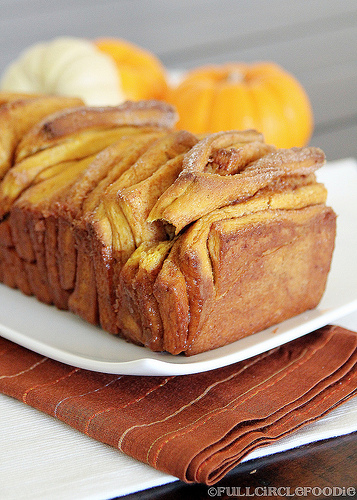 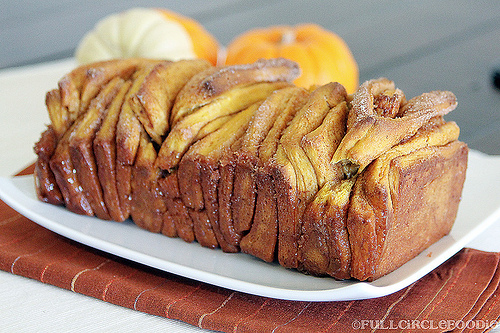 When you cook, important to clean your kitchen before and after especially your kitchen utensils and equipment. Including your grease trap if you have. Nashville grease trap services is professional in cleaning grease traps.